Outline
The Key Laboratory of Coastal Disaster and Protection (KLCDP) at Hohai University was founded by Ministry of Education, China in 2005, and consequently passed the government assessment in 2008. The laboratory operates on the policy that the director takes the full responsibility of administration under the supervision of academic committee, and it heavily relies on broader national and international collaborations for cross-disciplinary integrations. The main objective of the KLCDP is to explore and develop new ideas, new approaches and new technologies for making the coastal environments more resilient to the impacts of natural hazards and human induced threats.

The research activities in the KLCDP are mainly related to coastal disaster and defence, including the mechanisms of generation and development, prediction methods and warning systems, reduction and protection technologies, and evaluation and management of coastal disaster. The laboratory has particular interests in the areas of sea level rise and its impact, formation and propagation of storm surge and tsunami, saltwater intrusion in estuary, warning technology of storm surge, coastal dynamics of disaster process and its induced sediment transport, prediction of change of environmental factors in coast and estuary, design criteria of protection engineering, innovative technologies for protection engineering, damage assessment and recovery measures of protection engineering, the impact evaluation of coastal disaster on ecological environment and social economy and countermeasures.

The KLCDP has 32 members of which 15 are Professors. Three laboratory halls with a total area more than 12000 m2 are equipped with high-tech devices and facilities, including wind-wave-current flume, 3D wave basins, sedimentation circle flume, open multi-pump tidal control system, PIV system, ADV system, OBS system and so on. Five field observatories are located along Jiangsu Coast for monitoring the coastal dynamics and disasters, in which surface water elevation, current speed and direction, wave height and period, wind motion, water quality and the others are recorded. A set of high-performance computing cluster system of Hohai University, known as HHU-GRID, is a data-intensive computing platform especially designed for modeling real-time disaster risk in coastal regions.

There are many research activities currently on-going in the KLCDP. For example, field studies are carried out for the failure investigation of coastal breakwaters along the China Coast (Figure 1). Laboratory experiments are conducted to understand the interaction mechanism of floating objectives in the case of large waves (Figure 2). Numerical methods are developed for wave spectra assimilation in typhoon wave modeling for the East China Sea (Figure 3). 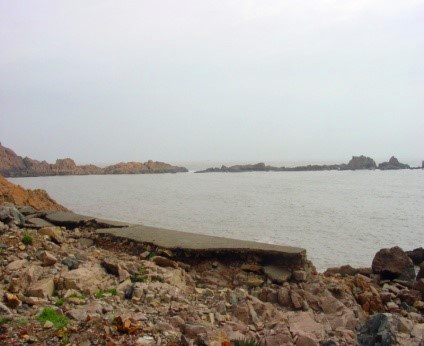 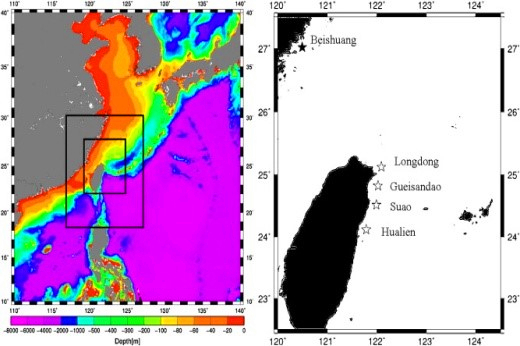 One of the most important research achievements of the KLCDP is the innovative development and successful applications of key technologies and warning system of water disaster in coast and estuary, which won the second prize of National Science and Technology Progress Award.

According to the disaster statistics by the State Oceanic Administration of China, nearly 7% of disaster loss and damage is caused by coastal disasters (Figure 4). For example, the coastal disasters including storm surge and large ocean waves result in missing and deaths of 121 people and an economic loss of exceeding CN¥16 billion in 2013. Storm surge is the heaviest cause of coastal disaster, contributing to almost 94% of the economic loss. The recent researches indicate that the tropical cyclone and storm surge may become more and more severe due to the global climate change and the resulting damages are likely increasing in the near future. 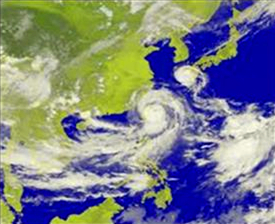 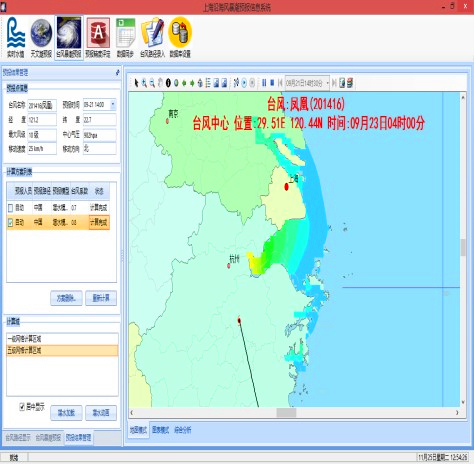 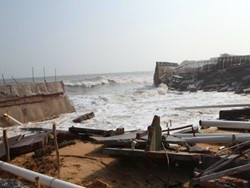 The research members at the KLCDP devote themselves to this research challenge and have made some significant progresses. (1) A multi-factor coupling warning technology is proposed for the complex interactions between storm surge and astronomical tides, providing an accurate modeling method for the coastal flooding water. This largely contributes to the key technology of warning system for flooding control and defence in coastal cities. (2) A series of pioneer laboratory experiments are carried out for the comprehensive investigation of generation mechanisms of coastal disaster, clearly revealing the detailed dynamics of baroclinic flow, bifurcated flow, stratified shear flow in curve channel, buoyant jet in waves and induced mass transport. These results fill in the gaps in the mechanisms of coastal disaster with extremely complex conditions. (3) An early warning system for water disaster is developed, and it is widely used to predict a real-time progress of multi-work in coast and estuary. This warning system has been integrated into the control system of the State Flood Control and Drought Relief Headquarter, and the Hydrology Bureau of the Ministry of Water Resources of China, providing fundamental data base and technical supports for the decision maker.

The research outcomes have been extensively acknowledged by the Chinese government and administration society. The “Tide Table for Flooding Defence” originally produced by the research team is currently used by 48 units for flooding defence along the coast, playing an essentially important role in predicting extreme water level and determining the defence strategies for coastal cities. One of the key contributions is to protect the human being and the whole society from the coastal disasters. For example, a total reduction from the economic loss due to coastal disasters between 2002 and 2009 is roughly CN¥0.6 billion.

Most of the world’s coastal cities were established during the last few millennia, a period when global sea level has nearly remained unchanged. Since the middle of 19th century, sea level has been rising, caused primarily by two factors related to global warming (the added water coming from the melting of land ice and the expansion of sea water as it warms). It is suggested that the rate of sea level rise is likely to increase during the 21st century, although there is considerable controversy about the likely size of the increase. As a result of sea level rise, the coastal erosion and sea flooding in coastal cities are becoming more and more severe. Meanwhile, coastal and estuarine ecosystems have been, and still are, heavily influenced by the human activities, such as the pollution discharge and habitat loss. This coastal pollution and its impacts have resulted in a number of environmental issues including the enrichment of enclosed or partially-enclosed waters with organic matter leading to eutrophication, pollution by chemicals such as oil, and sedimentation due to land-based activities or sea level rise.

Many coastal cities are currently or will be exposed to the coastal disasters and ecosystem degradation, and there are still some essential knowledge gaps and efficient actions needed on the way to coastal defence and disaster risk reduction. Further efforts need to be made in the near future for the following research challenges.

Suggestions for the Disaster Research Roadmap

The KLCDP looks forward to a significant contribution to the disaster risk reduction, and would like to be heavily involved in the worldwide research activities. The following issues mainly concerned by the KLCDD may possibly become parts of the disaster research roadmap for the next decade.

Disaster is an extremely complex system consisting of many disciplines, such as, physics, mechanics, chemistry, engineering, economy and society. The experts from different disciplines need to team up and work together in order to achieve a goal of disaster risk reduction. Research should focus on the identification of strength and weakness in each discipline, and an efficient cross-disciplines framework for disaster research is desired.

Governments are succeeding in reducing energy consumption through policy and industry, while developing new energy generation technologies. Disaster is normally with a huge amount of energy, resulting in a destructive force. The traditional defence works need to bear such kind of destructive force and become vulnerable in order to protect the people or assets behind. If energy absorber (for the generation of electricity power) can be installed into the defence works, the destructive energy leading to disaster becomes renewable energy.